by Ken RufeJanuary 16, 2019 in Bitcoin News, Opinion, no comment 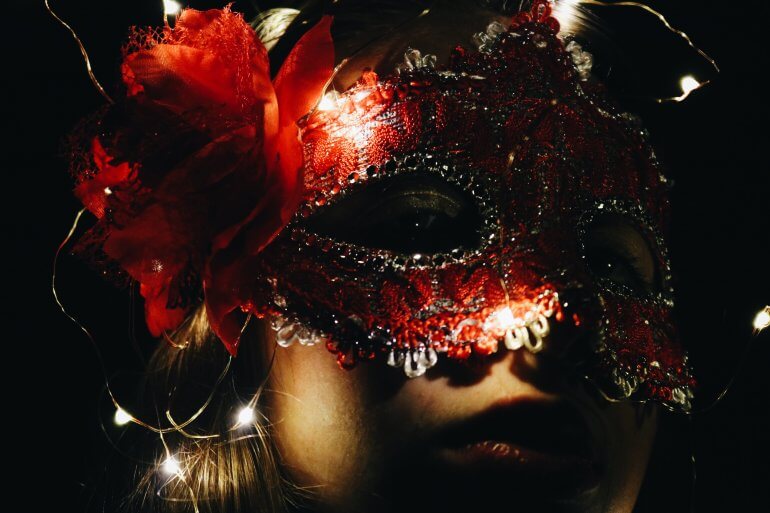 When television media outlets discuss Bitcoin, and I use the term “discuss” loosely, it usually revolves around the same central points, depending on what the tone of the message they want to convey is. In the negative spectrum, it’s usually things like “it’s a ponzi“, or “only terrorists/money launderers/pornographers use it“, and to support their arguments (since terrorism is scary) they make claim that bitcoin is anonymous. Bitcoin anonymity is for the most part a farce; you can not have true anonymity in this space, at least not yet.

Why do people think Bitcoin is anonymous?

If you wish to make a payment or send bitcoins to another address you do not need their name or social security number. All you need is the public address, which is just a string of numbers or letters. This allows you to send value over the internet to anyone in the entire world at any time, day or night, and within 10 minutes the payment will arrive in their wallet. There’s nobody sitting in the middle of the transaction taking a percent or looking at what the payment was for to confirm that you’re allowed to pay them. It not only “just works”, but has been working non-stop 24 hours a day for the past 10 years.

Due to this reason of ease of use and lack of regulation by some central authority outside of the Bitcoin network (as the Bitcoin protocol is the authority) it’s an easy argument to just simply say “Bitcoin is anonymous”.

Why is Bitcoin not anonymous?

The government and central bank can control their own currency, and have full oversight on all of the banks in the entire network of banks. If you have US Dollars and want to purchase some bitcoins, you have two options. You can use an exchange that will take your dollars from your bank account digitally and give you bitcoins, or you can use an in-person transaction to buy bitcoins face-to-face from another person, much like if I give you $20 in person.

For the first option, KYC and AML are in play here. “Know your customer” and “Anti-Money Laundering” are utilized to make sure you’re “allowed” to use your US Dollars for the purchase of bitcoins. This means you must give up your social security number, driver’s license, and whatever else they deem necessary to make sure you’re not a bad guy. As soon as you do this, any transfer you make outside of the exchange to your own personal wallet of “anonymous” letters and numbers (the bitcoin address) there is a paper trail tying your personal identifiable information to this address. There are companies and government institutions dedicated to tracing and tracking payments in the blockchain. They can and do find criminals based on these on-ramp tracking methods. Bitcoin anonymity for option 1 is just simply not there.

For option 2, buying bitcoins in person, does offer some bitcoin anonymity. The drawbacks to in-person buying from others is usually you can’t use as much cash as you could from an exchange. There’s also the risk of being robbed. Finally, there’s the risk that the coins themselves were stolen and flagged by the government and now you’re being tracked. Even if you can get clean coins from someone else as soon as you move them to an exchange or somewhere else needing your KYC/AML information you are now a part of the tracked system.

Why is anonymity important?

I’m pretty sure this should be obvious to everyone as to why anonymity in any currency is important. As of right now in the United States, any time you use your credit card all of your purchases are tracked and in the open for anyone up the banking food chain to see what you’ve bought, where you bought it, and how much you paid for it. The only true anonymous exchange of value is when dealing with cash in hand with any individual or vendor.

The United States is only one country though. You probably don’t ever think “will the police come to my door if I buy this item”. Since Bitcoin is a world currency, and it works in any country, we have to be mindful that there’s world leaders in other countries that do not like their people buying certain books or donating money to political parties that might go against what their policies are. Anonymity is paramount for these individuals’ safety and security. Their leaders would mark them as domestic terrorists in their country for simply buying something they don’t agree with.

How to make your coins semi-anonymous

There is right now a way to make your coins semi-anonymous, but it takes some work. Until Bitcoin starts implementing more privacy features like Schnorr signatures and Bulletproofs, an individual can mask their coins with plausible deniability by using any of the following methods:

The lightning network can be used to route coins with 100% privacy over a network in a peer-to-peer fashion that does not expose both the transaction amounts or the public addresses used. Theoretically you can create two nodes that you control, deposit coins on one node and withdraw them on the exit node you’ve created. In this manner the two addresses are not inter-connected, as the lightning network does not have any way to trace coins being routed on it helping you achieve bitcoin anonymity.

Mentioned above, using a service like local bitcoins allows people to meet up face-to-face to buy and sell bitcoins. The two main disadvantages to this are the possibility of being robbed, and most people selling have a large mark up on the prices / don’t have a lot to sell for you. If you need around $2,000 worth of coins this is probably an ok choice.

Never reuse a public address for receiving coins more than once. This makes blockchain forensics a piece of cake for companies looking to tie your identity to a bitcoin address. Every modern hardware wallet (and some software wallets) automatically create new addresses for you when looking to receive new coins. I highly suggest using this feature and not going against it.

As we just learned, bitcoin anonymity simply isn’t there yet. For any money to be sound money, fungibility is crucial for the success of the currency. You do have options though, and being mindful of what you’re doing will take you a long way in protecting your privacy when performing transactions.