How Many Coins Are There? 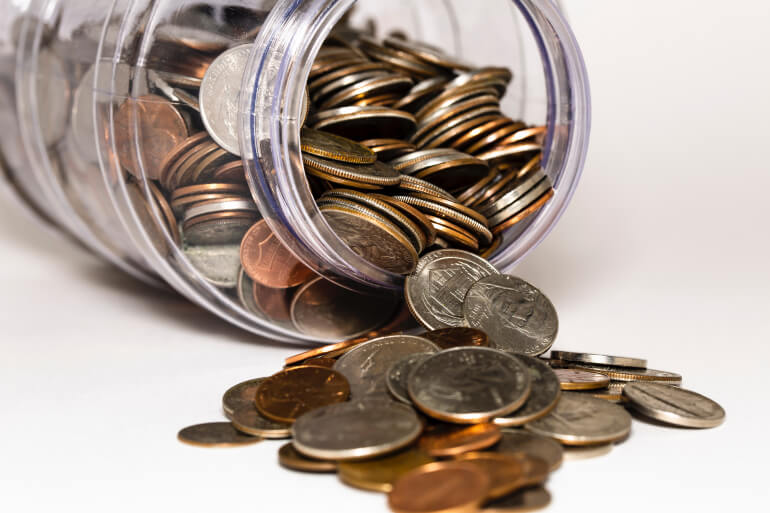 There will only ever be 21 million bitcoins in existence. That is the max bitcoin supply. There’s a ton of coins already “lost”, which means the person that had the coins have lost the private key and therefore can no longer send the coins to anyone. They are locked in the address forever, or at least until Bitcoin is hacked.

I know there’s only ever going to be 21 million coins because the Bitcoin protocol, which is the software every full node and miner runs, dictates the inflation rate of the coins. This rate is predetermined to release a certain amount of new freshly minted coins every 10 minutes. Back when Bitcoin was first conceived the inflation rate was 50 coins every 10 minutes. Approximately every 4 years this rate is halved, and as of this writing only 12.5 coins are being printed every 10 minutes. The maximum will stay at 21 million because those that hold the coins will not want to devalue their asset by increasing the cap. If only a handful (or hundreds) of people want to change the protocol to allow more than 21 million coins, without a majority rule, the cap will stay at 21 million.

Of the 16 and a half million Bitcoin that have been mined so far, it is estimated that up to 25% have been lost for good.

Currently there are about 17 million total coins that have the possibility of being moved around. There’s estimates that 4 million of those coins are lost forever. There’s also estimates that a large portion of those 13 million coins left won’t ever be moved due to long term holders. The liquidity in the market is rather small, if someone with a lot of money wants 1,000 bitcoin or more they usually due an “over the counter” purchase. Buying 1,000 coins from an exchange would shoot the price up by $500 or more so this person approaches a large bitcoin miner that might have a lot of coins they’re looking to sell for cash to pay for their electricity bill. This skirts the exchange process and keeps the price right where it’s at, for a while.

No one truly knows why the max bitcoin supply of 21 million as a number was chosen, but we can calculate how this number is derived by multiplying all of the rewards by the amount of blocks it takes to get to that reward. We think 210,000 blocks was chosen (that’s how many 10 minute chunks are in 4 years time) as the halving time to give everyone a fair shot at getting a coin. The coin should be deflationary in order to give it value and let it hold value against a fiat currency like the US dollar as it gains in popularity, and the coin should have new freshly minted coins for a specific amount of time as opposed to being forever inflationary. The last coin will be minted in the year 2140. After that, no new coins will be given.

It should be noted however that there aren’t enough full bitcoins to go around. While it may seem obvious to the reader that with only 21 million bitcoin but 7 billion people this is clearly the case, what might not be so obvious is that there’s 30 million millionaires in the entire world. Not every millionaire will be able to get their hands on a real bitcoin – only paper derivatives of the coin like ETFs and other price trackers will be available to them.